Day after day, I receive elated texts from clients when they lose pounds and only silence when normal weight fluctuation occurs.  Daily weighing, according to a study by The Miriam Hospital and Brown Medical School, is crucial in regulating weight. Take the ego and the emotion away from the scale. It’s just a number. The longer you weigh yourself, the better you understand about your own natural weight fluctuation which have to do with everything from salt intake to bowel movements to hormones to exercise.

It doesn’t pay to lament – or celebrate – every little change on the scale. Burning fat is a slow process. Those extra sixty pounds occurred over years not months. People give themselves too much credit when they lose weight and beat themselves up way too much when they gain a pound or a half of a pound. Physiologically, if the scale is up by two pounds, that would mean that you consumed 7000 calories the day before so those extra two pounds are not two pounds of fat but two pounds of water weight.

American made Chinese food is a nutritional landmine especially for salt!

Eating and drinking:  Food has weight of its own. Just as you wouldn’t step on the scale holding lunch or dinner in one hand it doesn’t make sense to weigh yourself just after eating. The extra weight will go away once digestion is complete. Weigh-in upon wake-up. Naked. After bowel movement.

Water: Water is heavy, with a gallon weighing about eight pounds, so drinking a few glasses can result in a small, immediate gain. But not drinking enough water actually causes the body to retain fluid, also resulting in weight gain. Water passes through the body very quickly and actually aids in weight loss. Drink more water!

Glycogen: Eating low-glycemic carbs or under-eating may produce overnight weight loss, but the body is losing glycogen, or stored energy, not fat. Once carbohydrates enter the body again, the weight will quickly come back. So you may lose a pound or two if you neglect to eat before a big party, then see the scale go back up after your first beer. Eat balanced meals and snacks every four hours! Focus on low glycemic carbohydrates such as vegetables and fruit.

Salt & Sugar: Consuming too much sodium and sucrose is a sure way to cause the body to retain water, resulting in a temporary weight gain. Most processed and pre-prepared foods already contain salt and sugar, so it’s easy for people to go overboard with adding extra salt. Most of us need the equivalent of one teaspoon of salt a day–2325 mg and only 1500 mg for those over 51. If you ate a high sodium meal and didn’t drink enough water the day before, the scale will go up. Cut out salt and sugar and see what happens on the scale!

Exercise: Vigorous physical activity can result in an immediate, temporary loss, due to initial dehydration and the sweat expelled while working out. But remember that dehydration ends up causing water retention. Always replenish what you lost in sweat by drinking a lot of post-workout water.

Hormones: Most women know the sudden weight gain that can occur before menstruation. This is the result of water retention caused by hormonal changes.

For more information on the science of water weight: http://waterweight.org/

Weigh yourself daily. Learn about how your body stores water weight and how it expresses fluctuation. Get your ego off the scale and trust the science and the weight WILL come off. It did for me. It’s coming off every day for our clients. Be patient. To your health! 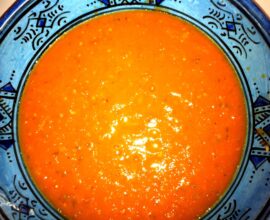 While most people enjoy heirloom tomatoes as the stars of summer salads, I indulged a sudden craving for heirl...
Aug 02, 2012  /  0 comments

Nobody likes to be sore after a workout. Although soreness cannot be completely eliminated, it can be controll...
Jan 25, 2012  /  0 comments

Smoking is bad. Quitting smoking is hard. But exercising can make quitting easier, and make sliding back into ...
Aug 29, 2012  /  0 comments
Follow