Remember, sex counts as a workout!

2. Sex Boosts Immunity:  Having sex once or twice a week has been linked with higher levels of an antibody called immunoglobulin A or IgA, which can protect you from getting colds and other infections.

3. Sex Burns Calories: Thirty minutes of sex burns 85 calories or more. It may not sound like much, but it adds up: 42 half-hour sessions will burn 3,570 calories, more than enough to lose a pound. Doubling up, you could drop that pound in 21 hour-long sessions.

I can't is a self-fulfilling prophesy. So is I can.

4. Sex Improves Heart Health: While some older folks may worry that the efforts expended during sex could cause a stroke, that’s not so, according to researchers from England. In a study published in the Journal of Epidemiology and Community Health, scientists found frequency of sex was not associated with stroke in the 914 men they followed for 20 years. And the heart health benefits of sex don’t end there. The researchers also found that having sex twice or more a week reduced the risk of fatal heart attack by half for the men, compared with those who had sex less than once a month.

5. Sex Boosts Self-Esteem: Boosting self-esteem was one of 237 reasons people have sex, collected by University of Texas researchers and published in the Archives of Sexual Behavior. That finding makes sense to Gina Ogden, PhD, a sex therapist and marriage and family therapist in Cambridge, Mass., although she finds that those who already have self-esteem say they sometimes have sex to feel even better. “One of the reasons people say they have sex is to feel good about themselves,” she tells WebMD. “Great sex begins with self-esteem, and it raises it. If the sex is loving, connected, and what you want, it raises it.”

6. Sex Reduces Pain: As the hormone oxytocin surges, endorphins increase, and pain declines. So if your headache, arthritis pain, or PMS symptoms seem to improve after sex, you can thank those higher oxytocin levels.

8. Sex Strengthens Pelvic Floor Muscles: For women, doing a few pelvic floor muscle exercises known as Kegels during sex offers a couple of benefits. You will enjoy more pleasure, and you’ll also strengthen the area and help to minimize the risk of incontinence later in life. To do a basic Kegel exercise, tighten the muscles of your pelvic floor, as if you’re trying to stop the flow of urine. Count to three, then release.

9. Sex Helps You Sleep Better: The oxytocin released during orgasm also promotes sleep, according to research. And getting enough sleep has been linked with a host of other good things, such as maintaining a healthy weight and blood pressure. Something to think about, especially if you’ve been wondering why your guy can be active one minute and snoring the next.

This blog was taken from excerpts of Kathleen Doheny’s WEBMD feature. Click here for the full article: 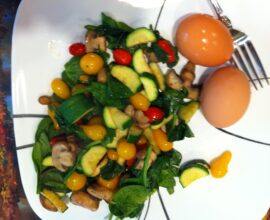 Still comforting ourselves with warm winter meals, here are some of the favorites we’ve been relishing l...
Dec 30, 2011  /  0 comments 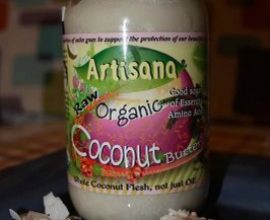 Recently I watched a documentary called Dive inspired by a curiosity about our country’s careless habi...
Jan 27, 2012  /  0 comments 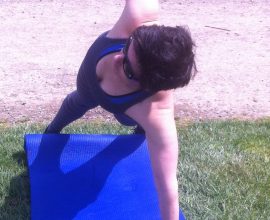 Weight Loss Wednesday: What to Eat to Lose, Gain, or Maintain